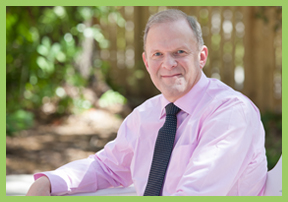 The medical impact of eating disorders has been well-documented. In essence, every organ system in the body is impacted by poor nutrition over time and the subsequent metabolic changes that occur in the body of an individual with chronic malnutrition, irrespective of actual weight numbers. Other eating disorder behaviors including vomiting, bingeing, and over the counter substance abuse like ipecac, diuretics, diet pills, and laxatives, add additional layers of medical complications.

Yet, the individual with comorbid alcohol or drug abuse and an eating disorder is at particular risk of medical morbidity and even death due to body organ failure or the lethal interaction of alcohol and drugs with medications used to treat eating disorders. All organs are impacted, but in particular the brain, heart, liver, and pancreas are impacted by both eating disorders and alcohol or drugs. Nutritional and vitamin deficiencies from both illnesses result in a dangerous situation with refeeding. Thiamine (Vitamin B1) in particular needs to be given urgently, before any refeeding starts in the individual with chronic malnutrition and alcoholism or there is a risk of Wernicke-Korsakoff Syndrome with a 10-20% mortality rate. The heart is also impacted by the potential for alcoholic or drug cardiomyopathy while the eating disorder may negatively impact the heart through malnutrition with regression in heart size and structure and diminished cardiac output as well as arrthythmias due to conduction disturbances. The liver and pancreas damage from alcohol and drugs is well-known which compounds the issue of malnutrition and subsequent refeeding on both organs with development of hepatic dysfunction and pancreatitis. Another potentially lethal issue is the interaction of alcohol with some of the medications used to treat eating disorders. In particular, benzodiazepine effects on respiratory suppression are additive with those of alcohol and not an uncommon cause of death in these individuals with dual diagnosis illness.