All submissions are confidential.
An admissions specialist will call you soon.
Please see below for administrative numbers. 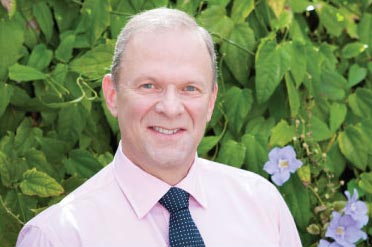 Dr. Joel Jahraus is well-known and respected for his two decades of specialization in the medical management of patients with eating disorders. A board-certified physician for over 30 years, he is a recognized expert on diabetes and the medical complications of eating disorders. Dr. Jahraus came to us directly from Park Nicollet-Melrose Institute in Minneapolis, Minnesota, where he most recently served as Executive Director, with program oversight and direct management of patient care. He has been associated with the Melrose Institute (formerly the Eating Disorders Institute) since 1992. In addition to his experience with hospital-based programs, he also served as Medical Director at Remuda Treatment Centers in Phoenix, Arizona, from 2002 to 2004, where he worked with residential and outpatient levels of care.

Dr. Jahraus graduated from Washington University Medical School in St. Louis, Missouri, and has a background in family medicine. He entered an academic career as Associate Director of the University of Minnesota Family Medicine Residency Program. He then took a position as the Predoctoral Director at the University of Minnesota Medical School. During his teaching career at the University of Minnesota Medical School, Dr. Jahraus received the Distinguished Teacher of the Year Award. He co-authored a chapter on eating disorders in Textbook of Psychosomatic Medicine, published by the American Psychiatric Association, and has been featured in various national media, including two public television documentaries on eating disorders. He testified at a United States Congressional Briefing on the need for health insurance coverage for eating disorder treatment. For his outstanding contributions to the field, he received the prestigious Ellis Island Medal of Honor in 2011, and was named a Top Doctor of 2013 by U.S. News and World Report.

Having practiced in Colorado, North Dakota, and Minnesota, Joel is enjoying the warm weather here in South Florida. He has four grown children.