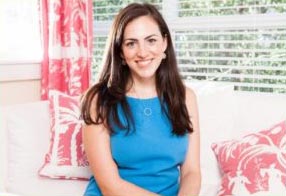 We are pleased to share a guest blog post from Director of Outpatient Services Melissa Spann, Ph.D., providing a glimpse into her upcoming presentation, “Stories of Survival: Jewish Culture, Eating Disorders, and the Children of Holocaust Survivors,” with co-presenters Debbie Martin, PhD; Wendy Oliver-Pyatt, MD, FAED, CEDS; and Johanna Kandel, Executive Director of the Alliance for Eating Disorders Awareness.

“It’s too much”, a 35 year old Jewish woman acknowledged through tears. This woman, along with over 20 million others in the United States who suffer from an eating disorder, struggled to make sense of her own body. My client would chronicle her struggles that her her frail anorectic frame was “too much” for her to bare. Through the integrative biopsychosocial treatment model, a significant aspect of her treatment and recovery at Oliver-Pyatt Centers was focused on the cultural and spiritual implications that were part of the development of her eating disorder. This client, like many women from the Jewish community, grew up in family who followed strict dietary laws of kashrut, felt pressure to achieve success and perfectionistic standards, and struggles to function in an environment in which there is an extensive family and communal focus on food.

In addition to a culturally-bound relationship with food, some literature has sought to identify a transgenerational trauma link with eating disorders and the Holocaust. We are now hearing more firsthand accounts from children of Holocaust survivors who can identify the factors associated with growing up with a parent who was a Holocaust survivor and the implications this had on their relationship not only with food – but with the development of their own identities, their bodies, and their relationships with others.

Oliver-Pyatt Centers is excited to be part of this cutting-edge and extraordinary exploration of this topic through our new integrative presentation, Stories of Survival: Jewish culture, eating disorders and the children of Holocaust survivors. During the talk, we will examine the intersection of eating disorders and the Jewish community while identifying Jewish values as proactive resources to build from. Particular focus will be on the impact of transgenerational trauma in the development of eating disorders with firsthand accounts being shared, from Dr. Wendy Oliver-Pyatt and from Johanna Kandel, CEO of The Alliance for Eating Disorder Awareness.

We are all impacted by the societal pressures and expectations around beauty. As a Jewish woman (and mother) and a clinician, I believe that we can use our spirituality as a resource that can aid in healing and recovery for individuals and families during times of struggle. I hope you can join us at the event!

To hear more from Melissa and her co-presenters, please join us for “Stories of Survival: Jewish Culture, Eating Disorders, and the Children of Holocaust Survivors,” Wednesday, November 13th from 6:00 to 9:00 pm at the Sonesta Bayfront Hotel in Miami, Florida. Please RSVP to Christy Celi at christy@www.oliverpyattcenters.com or call 786.442.8120.