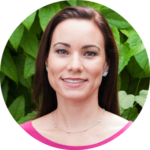 Brain research has revealed that neurochemistry is disrupted in individuals with eating disorders. Serotonin and dopamine are neurotransmitters that are involved in complex signaling pathways. These pathways are dysregulated in eating disorders, mood and anxiety disorders. Dopamine is involved in functions related to reward, pleasure, movement, compulsion and perseveration. Serotonin is involved in functions related to mood, memory processing, cognition and sleep. Considerable evidence suggests that altered serotonin and dopamine functions contribute to dysregulation of appetite, mood, impulse control and temperament in individuals with eating disorders. Restriction causes reduced plasma levels of tryptophan, the precursor to serotonin, which modulates serotonin activity and therefore symptoms of anxiety and depression. In individuals without eating disorders, dopamine is associated with a positive reinforcement effect in feeding. In other words, eating feels good. In anorexia nervosa, dopamine dysregulation diminishes the reward effects of food, so that eating does not necessarily feel good. Data suggests low levels of dopamine receptors and weakened responsivity of dopamine is associated with increased eating and weight. We also know that appetite-regulating hormones, like leptin and ghrelin, may affect dopamine functioning. Leptin is an appetite suppressing chemical, and ghrelin stimulates the appetite. In patients with anorexia nervosa, ghrelin is abnormally low. In patients with binge eating, leptin is abnormally low. These findings help confirm that eating disorders are not due to “lack of will power”. There are chemical alterations in the brain that affect the development and persistence of eating disorder symptoms.

To read part one of the series, click here.