We save lives while providing the opportunity for people to realize their healthy selves. 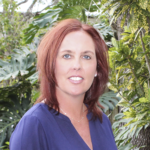 Candance Henderson is the Chief Executive Officer of Monte Nido & Affiliates. With a focus on developing teams and skill in growing companies, Candy brings strong operational and business development experience while maintaining clinical excellence in the programs she oversees. She has spent over thirty years in, and committed her career to, behavioral healthcare. Her operational experience spans all lines of behavioral health businesses with specialized experience in eating disorder treatment programs. She has led publicly traded companies as well as those in the private sector. Candy’s history operating growth-oriented companies is essential, as Monte Nido & Affiliates will continue to evaluate communities that would benefit from its care. She received her MS in Counseling and Psychology from Troy State University following her BS in Psychology and Criminal Justice from the University of Alabama at Birmingham. 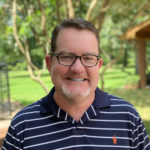 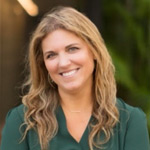 Carrie is the Senior Vice President of Business Development for Monte Nido & Affiliates. She has worked for over two decades in the national and international behavioral health business development field. She is currently responsible for overseeing business development efforts for Monte Nido & Affiliates’ three eating disorder treatment brands, with over two dozen programs spanning across ten states. As an adaptable leader skilled in all aspects of outreach and marketing, Carrie has led her teams through mergers and growth of product lines. Prior to her time at Monte Nido & Affiliates, Carrie led regional business development efforts in the eastern area of the United States for a large national behavioral health company, securing necessary services for people with substance use, eating, mood and trauma disorders. She earned her graduate degree in counseling at the University of Arizona following her Bachelor of Science in Business through Connecticut State University. Carrie previously served as the Secretary for the International Association of Eating Disorder Professionals (IAEDP) Connecticut Chapter and has received numerous awards for her contribution to the field including twice being recognized by her peers as an Unsung Hero Award via the Caron Foundation. She presents regularly on a variety of topics related to the behavioral health business development industry. 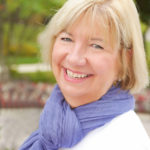 Jennifer comes to Monte Nido with three decades of experience growing leading healthcare companies. Over the last 10 years, she has led the geographic expansion of behavioral health providers who were innovators in their fields. At Monte Nido, she works closely with the clinical and leadership teams to bring Monte Nido’s trusted clinical care into new markets either through start-ups or acquisitions. Prior to entering the field of behavioral health, Jennifer was a founder of one of the first diversified post-acute healthcare companies in the U.S. She received an MS from Rensselaer Polytechnic Institute and a BA in Psychology from Connecticut College. 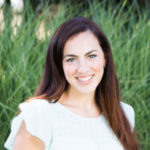 Dr. Spann is a Certified Eating Disorder Specialist and Supervisor through the International Association of Eating Disorder Professionals (IAEDP™). Prior to being elevated into the Chief Clinical Officer role, Dr. Spann most recently served as Vice President of Admissions for Monte Nido & Affiliates’ programs nationally as well as held a Regional Executive Director role in the Southeast. She previously was a Primary Therapist and Clinical Director at the Oliver-Pyatt Centers programs too.  Dr. Spann received her Doctoral degree from Drexel University in Philadelphia, PA, Master’s degree from the University of Miami, and her Bachelor’s degree from the University of Florida.  A prolific presenter, Dr. Spann serves on the board of the Southeast Eating Disorder (SEED) Conference Committee and has presented nationally on topics related to adolescent development and body image issues, eating disorders in the Jewish community, the intersection of trauma and eating disorders, binge eating disorder, body image development, and women’s issues across the lifespan.  Dr. Spann lives in Miami with her husband and two children. 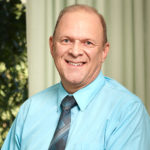 Dr. Joel Jahraus is well-known and respected for his two decades of specialization in the medical management of patients with eating disorders. A board-certified physician for over 30 years, he is a recognized expert on diabetes and the medical complications of eating disorders. Dr. Jahraus came to us directly from Park Nicollet-Melrose Institute in Minneapolis, Minnesota, where he most recently served as Executive Director, with program oversight and direct management of patient care. He has been associated with the Melrose Institute (formerly the Eating Disorders Institute) since 1992. In addition to his experience with hospital-based programs, he also served as Medical Director at Remuda Treatment Centers in Phoenix, Arizona, from 2002 to 2004, where he worked with residential and outpatient levels of care. Dr. Jahraus graduated from Washington University Medical School in St. Louis, Missouri, and has a background in family medicine. He entered an academic career as Associate Director of the University of Minnesota Family Medicine Residency Program. He then took a position as the Predoctoral Director at the University of Minnesota Medical School. During his teaching career at the University of Minnesota Medical School, Dr. Jahraus received the Distinguished Teacher of the Year Award. He co-authored a chapter on eating disorders in Textbook of Psychosomatic Medicine, published by the American Psychiatric Association, and has been featured in various national media, including two public television documentaries on eating disorders. He testified at a United States Congressional Briefing on the need for health insurance coverage for eating disorder treatment. For his outstanding contributions to the field, he received the prestigious Ellis Island Medal of Honor in 2011, and was named a Top Doctor of 2013 by U.S. News and World Report. 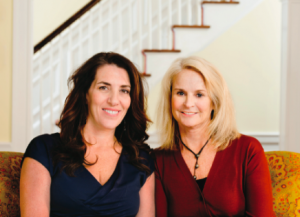 Monte Nido & Affiliates includes three distinct eating disorder treatment programs: Monte Nido, Oliver-Pyatt Centers and Clementine. What binds Monte Nido & Affiliates together is our shared histories, vast overlap in mission, language, models and approaches, treating those who present with eating disorders as people first, patients/clients second, dedication to best-in-class eating disorder treatment, commitment to being industry leaders and a belief in being fully recovered. Our collective mission is to save lives while providing opportunity for people to realize their healthy selves.

Carolyn, Wendy and Vicki Kroviak founded these treatment programs before departing in 2016, and continue on their mission of helping people with eating disorders recognize their healthy selves.