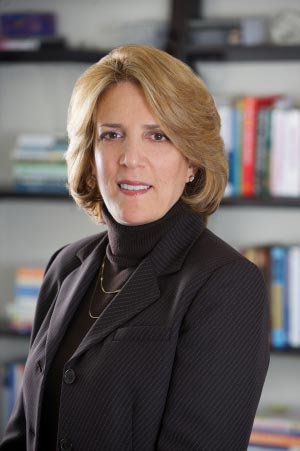 Thank you to our guest blogger Jennie Kramer, MSW, LCSW, Director and Founder of Metro Behavioral Health Associates Eating Disorder Treatment Centers (MBHA)  and co-author of Overcoming Binge Eating Disorders for Dummies, for providing us an inside look into eating disorders and why it isn’t your fault. For more from Jennie and her team follow them on Facebook, Twitter, and LinkedIn.

A few weeks ago the news was full of stories about a 12-year-old Texas girl, Alexis Shapiro, who underwent bariatric surgery because a side effect of brain surgery had caused her to gain a great deal of weight due to insatiable hunger. It was a heartbreaking story for many reasons and of course we all hope she does well, loses her weight, and is able to put her emphasis on a full, healthy, and productive life.

However, as a therapist who specializes in treating eating disorders, one thing struck me about this particular story – the massive outpouring of interest and sympathy directed toward this young girl’s plight because people were so horrified that she had gained all this weight … through no fault of her own! Her obesity was apparently caused by surgery that she needed to save her life. If only everyone could understand that an excessive weight gain or weight loss is never one’s fault. Rather, it is more accurately described as a disorder – an addition if you will – with a plethora of contributing factors.

The common misconception is that that people who allow themselves to become severely overweight or obese are lazy and lack willpower. It’s odd that few people see anorexia or bulimia in that way – but the truth is that no eating disorder is about a lack of will. All eating disorders develop from a complex combination of addictive tendencies, environmental factors, neurobiology, learned behaviors, family culture, some inheritability, and many other factors too. Identifying, examining, understanding, and then addressing these multiple factors takes time and resources and we’re making good progress on that front. But there is still an awful lot of judgment going on here, which is not only unkind and inaccurate, but also unproductive.

There seems to be an overwhelming popular belief that if you are a binge-eater or an emotional eater or a compulsive overeater, (and the three are quite different), then it is your fault. Research is pointing to all manner of root causes of obesity, everything from having been a victim of some form of abuse as a young child (which recent studies suggest brings permanent changes to brain structures) to chemicals used in the packaging of food and drinks to socioeconomic factors. In addition, emotional issues underlie and drive all addictive tendencies and must be addressed at their root causes in order to effect permanent changes.

MYTH BUSTER: Not all binge eaters are overweight or obese, though many are. Though difficult, it is possible to overcome binge eating (and other eating disorders) with treatment – but the challenge is intensified when you add to it the stress of being stigmatized by excess weight, which can be devastating. In a culture that worships unrealistic body images and thinness – where even a normal-sized body feels like a challenge to overcome – it’s painful to feel constantly judged.

Binge eating is a bona fide disorder, with emotional, physical, social, genetic, and neurobiological triggers, the symptoms of which can lead to excess weight that is often on full display for all the world to see. It is not a weakness or a character flaw or evidence of poor judgment – yet much of the world (including some physicians!) consider it all of those things.

In fact, Glamour Magazine and The Alliance for Eating Disorders Awareness recently did an undercover investigation to learn how likely doctors are to recognize eating disorders in patients who described telltale symptoms (read the full article here.) Seven young women visited doctors around the country for physical exams and told the doctors about problems typical for people with anorexia, bulimia, or binge eating disorder – only one doctor raised the possibility that an eating disorder might be at play.

Organizations like BEDA and NEDA are doing their best to educate people on all levels – including governmental – on this important issue. We can all do our part, too, by sharing information and understanding at every opportunity. In so doing, we can contribute not only to the healing of people with binge eating disorder (and other eating disorders) but also to our society. We will all benefit from living in a kinder, gentler, and less judgmental world.