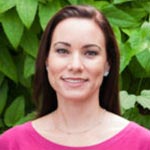 I sat on the edge of my seat in the United States Senate gallery awaiting the vote count for the 21st Century Cures and Mental Health Reform Act of 2016. I was privileged to join my fellow board members of the Eating Disorder Coalition (EDC) in witnessing the historic passage of the first ever eating disorders legislation. The EDC has been advocating for eating disorder legislation for years. Oliver-Pyatt Centers (OPC), along with Monte Nido Programs and other leading eating disorder programs and advocacy organizations throughout the country sponsor the EDC in its mission to advocate at the federal level for treatment of and training in eating disorders. OPC is an “Executive Circle” member, the highest level of membership, of the EDC. As OPC’s Medical Director, I am so proud that our organization makes sponsorship of the EDC a top priority annually. Since joining the EDC Board of Directors in 2015, I have travelled to Washington DC many times to meet with members of Congress and their staff about the Anna Westin Act of 2015.

The Anna Westin Act was named in honor of Minnesota-native Anna Westin who struggled with Anorexia Nervosa for five years and lost her life due to the illness at the young age of 21. Since her death 17 years ago, Anna’s mother, Kitty Westin, has fought tirelessly for eating disorder legislation as an EDC board member so that no parent has to experience what she went through. After the Senate passed the legislation, our team of advocates cheered, hugged and cried in front of the Capitol building. Kitty, an extremely loving extrovert, appeared calm and relieved. She told me she finally feels at peace.

The historic bipartisan legislation passed the House of Representatives on November 30th with a 392-26 vote and passed the Senate on December 7th by 94-5. The bill reached President Barrack Obama’s desk the following week and was signed into law. This legislation will help to early identify and improve access to treatment for the 30 million Americans experiencing an eating disorder in their lifetimes. This would not have been possible without the support of our staff, patients and their families who participated in calling and emailing their Representatives and Senators and encouraging them to vote for this mental health reform. Florida Congressman Ted Deutch (FL-D) and Congresswoman Illeana Ros-Lehtinen (FL-R) were instrumental in fighting for the eating disorder legislation. The EDC board members visited both of their offices in Washington on December 6th, in order to thank them in person for their tremendous support.