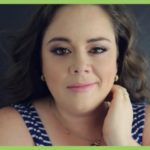 In case you aren’t familiar, let me introduce myself. I am Lindsey Averill and along with my business partner, Viridiana Lieberman, I am creating a film called Fattitude. We hope Fattitude will bring awareness to and help educate people about the very clear hatred that western media culture directs at fatness and therefore enable a future that is free of weight bias and allows for any individual to have a truly healthy relationship with his or her body.

Let’s be blatantly honest – when it comes to the media fat people are jokes, monsters or an epidemic. Just to be clear here are some stats:

• In 64% of children’s videos fat is related to negative traits (Eating Disorders: The Journal of Treatment and Prevention)

• A study of prime-time television shows determined that 14% of female characters and 24% of male characters were fat. These numbers represent less that half of actual fat people in the general American public. (American Journal of Public Health)

These negative stereotypes and messages are internalized and amount to nothing good. According to the research coming out of the UCONN Rudd Center for Food Policy and Obesity, fat people, unlike other stigmatized groups “internalize stereotypes against their in-group.” Or rather – our culture is so brutal and so cruel about fatness and fat people that fat people hate themselves and others like them. This has to stop.

A couple of years ago when I sat in front of my television and someone made a joke at a fat person’s expense, I might have laughed. I also would have glanced around to see if anyone was looking at me, and felt like crying inside, believing that as a fat woman I deserved the shame that our culture directs towards fatness. Today, when I hear people in the media condemning or laughing at fat bodies I seethe and ache at the truth, people everywhere, thin, fat and everything in-between are suffering from the strangely invisible reality of weight bias and unchecked prejudice that is fat hatred.

We are making Fattitude for this reason. As far as I’m concerned, becoming aware of injustice is one of the ways we heal.

Want to learn more about Fattitude?

Watch their trailer, check them out on Facebook or visit them (and OPC) at the National BEDA Conference in November!